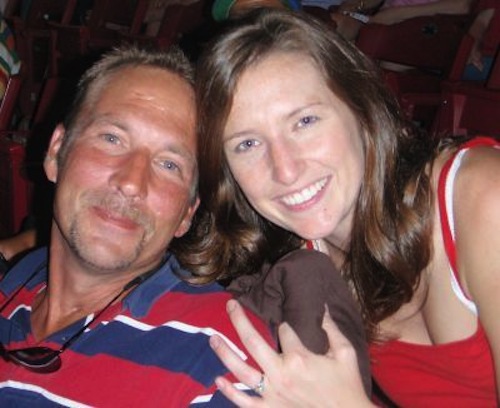 Brent suffered a cerebral hemorrhage in June 2007, and couldn’t even say his name.

Brent is one of our favorite patients at Rehab Resources, Inc. He suffered from a cerebral hemorrhage in June of 2007. After a six-week stay at an acute hospital, Brent was admitted into a skilled nursing facility staffed by our team from Rehab Resources. He could not eat anything by mouth due to severe dysphagia (swallowing disorder) and required a G-tube to meet all of his nutritional needs. Brent also had no functional speech because he suffered from aphasia with a severe component of apraxia (a motor planning disorder).

Although Brent could not even say his name, he could write single words to communicate with significant success. Utilizing Brent’s ability to read and write, our speech-language pathologist, Susan, worked with Brent for close to a year. Each session they built upon his speech to the point that Brent was able to converse. He also resumed eating and had his G-tube removed. Brent currently lives independently in an apartment in Dayton, Ohio and has formed many new friendships. Some of our staff took Brent to a Reds Game, and here is a picture of Brent with Susan, his Speech Therapist.